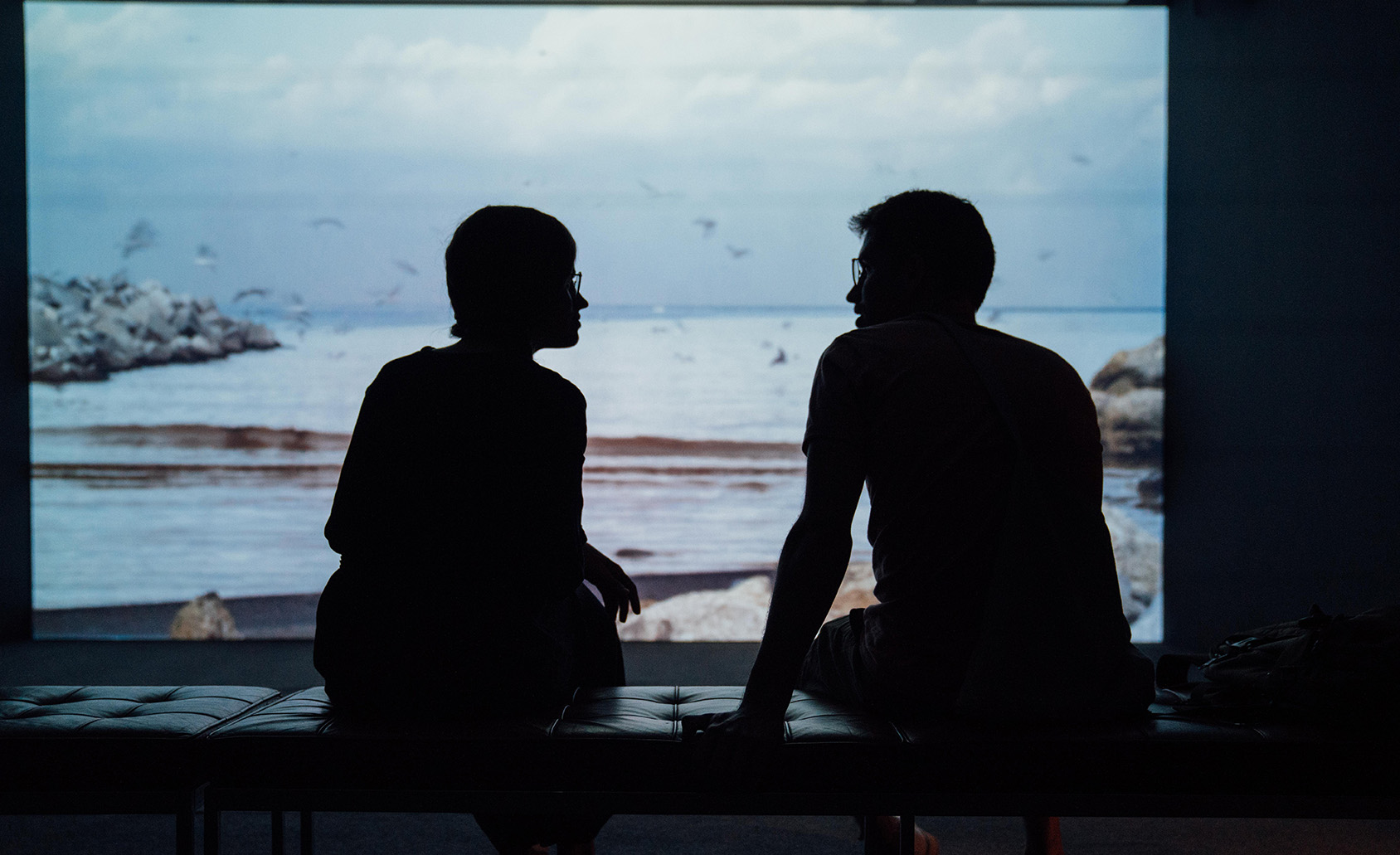 Jesus uses this odd phrase multiple times throughout his teaching. You can find references to it not only in the book of Matthew, but Mark and Luke as well. Jesus specifically uses these words three separate times in Matthew (11:15, 13:9 and 13:43b).

For as long as I can remember, I’ve been reading the four Gospels—the account of the Good News of Jesus—found in the Bible. But I’ve never paused this long to think about this phrase, “Whoever has ears, let them hear.”

Let’s be honest—this isn’t the most profound teaching Jesus has ever given. It almost seems too obvious.

Why would he even say such a thing?

I think it has a lot to do with the topic that we tried to unpack a little bit this past Sunday—this idea of listening. What I think Jesus is saying when he uses this phrase is, “You’re hearing me, but you’re not listening to me.”

You’re hearing me, but you’re not listening to me.

I’ll often ask groups of people, particularly when I do marriage retreats, to raise their hand if they were trained to write. Everybody raises their hand to say yes, they all went to school and learned to write. Next, I’ll ask how many of them were trained to read. And again, hands go up saying, yes, at some point they all learned to read. Then I’ll ask how many of them were trained to talk. That’s a harder question, but if you consider having to give oral reports as a kid, at some point, many of us had some form of training in standing up and giving a report or speech. So hands go up again to say, yes, they were trained to talk.

Then I’ll ask them to raise their hands if they were trained to listen—”trained”, as in, they took a class on it and learned specifically how to listen.

Almost nobody ever raises their hand.

James 1:19 says, “Everyone should be quick to listen and slow to speak.” In this verse, there are two sides to the equation:

I’ve been studying this for a long time, and I’m sorry to say that I do not always practice it. So I’ve developed some code language with the people around me. We’ll say things like, “I feel like you’re not listening to me.” That’s code language that, instead of invoking an argument, will make me stop and assume a different posture. Instead of leaning in, I sit back, take a breath, and reset. I apologize and tell the other person that I really do want to understand where they’re coming from. And then I’m able to switch gears and begin to listen well.

So let’s talk a little bit about the technique of listening, but before we begin, a word of caution.

Technique is not equal to manipulation.

When I practice this technique, it’s not something that I do quickly—just going through the motions—so that I can get to my turn and try to change the other person’s mind about something.

When I follow this technique, my end goals of listening well are:

The Technique of EMPATHIC LISTENING

I find that there are often two reasons why people don’t listen well, even if they know how to do it. The first is that it’s just plain hard. But the second reason is much deeper. People have a hard time listening because it requires us to be vulnerable. I cannot really listen to you without making myself vulnerable.

This is what we call empathic listening.

Our culture today sees listening as a sign of weakness.

I see evidence of this all over the place, particularly in our cultural conversations about the big issues of our day. Somehow, somebody has convinced us that if we take a time out and try to hear another person’s point of view, that that is a sign of weakness.

I’m here to tell you that the opposite of that is true.

A strong person is confident enough in their own foundation that they’re willing to empathically listen, so that they may understand and really see an issue from another person’s point of view. They’re willing to be vulnerable in their own point of view in order to really understand where the other person is coming from. And this posture of listening ultimately conveys empathy and compassion for others. That’s the essence of real listening, and it’s why it’s the deepest form of caring for another person.

So when I have conversations with people, I often start by telling them (and really meaning it!) that I really want to understand where they’re coming from. When they begin to speak, I make sure that I’m not just listening with my ears, but that I’m:

What I do next is something I call “peeling the onion.”

As the conversation unfolds, I begin saying things like:

“It seems like you’re frustrated that you have to keep bringing this up.”

“It sounds like you feel that we’re not getting anywhere with this conversation even though we’ve had it several times already.”

After I reflect what I interpret are their feelings, I’ll give them a chance to respond and unpack their feelings (peel the onion) a little more. And this will continue—me reflecting back their feelings and thoughts, them either confirming or correcting and unpacking things a little bit more—until I feel like I really understand what they’re saying. When I do this with my wife, my kids, my coworkers, and others, the person I’m talking to really knows that I’m listening because they see me working toward understanding.

Let’s take a minute here and be very clear about what’s NOT happening as I’m listening:

Even if the other person is coming at me, and even if what they’re saying is factually untrue, this is NOT the moment to correct them (as much as you might want to). If you do that, you have stopped listening. Even if they’re clearly wrong, don’t correct them. Perception is as powerful as reality. People often get upset about things that aren’t really true. You’ll get a chance to talk about how you see the facts differently, but not while you’re on the listening side.

Real listening is seeking first to understand, then to be understood.

You’ll have an opportunity later in the conversation to share your ideas. You’ll get your turn. But only after you’ve really tried to put yourself in the other person’s shoes. Only after you’ve peeled the onion and tried to get to the root of what is really going on inside of them.

As we continue to peel the onion all the way to the core, we finally get to the heart of the issue (which, by the way, is almost never where the conversation actually starts). Oftentimes, the person talking doesn’t actually know what the core issue is. So as you ask questions, you’re really helping them unpack this thing, this problem, so they can figure out what is really going on with them. The powerful part? The core of the issue almost always ends up in a place I didn’t know about.

I may think I know where we’re going in the conversation, but I’m almost always wrong.

Once we get to the place where we feel like we really understand what the other person is saying, then it’s time to summarize. This is the key—we’re progressing toward the summary. “So, if I’m hearing you right, it sounds like you’re saying that…..  Do I have it right?”

After you give your first attempt at the summary, you give the other person a chance to say that you got it right— or no, you didn’t get it quite right yet.

If they say no, you keep going—keep peeling the onion—until you summarize again and the other person says that YES, you got it, you hit the bullseye, “that’s exactly how I feel!”

At that point, it’s your turn.

When I’m in these conversations, if I feel like I did something wrong and an apology is warranted, I’ll begin by telling the other person that I’m really sorry that they got hurt, but only once I’ve finished listening to them and it’s my turn.

(And by the way, an apology is a form of agreement. As I was listening, I was not agreeing or disagreeing, I was simply validating the other person’s feelings, which is really important. But by apologizing, I am agreeing that I made a mistake.)

And then I make the turn.

Next, I’ll tell them that I can understand how they feel that way and that it makes sense to me. And then I’ll ask them if it would be okay for me to unpack a little bit about how I see things.

I ask this question as a courtesy, because the person who I’m talking to really owes me the ability for us to switch sides—for me to talk and for them to practice empathic listening. This is not a one-way conversation. They get a chance to talk while I listen well, and then we switch sides.

Now, even though I know that I’m not supposed to be evaluating and I’m not supposed to be arguing, the people around me know that I have a tendency (and I’m not the only one) to step away from listening and suddenly launch into lecturing or evaluating or arguing or trying to dispute facts. At that point we use more code language. The people closest to me know to say, “I feel like you’ve stopped listening.” This sentence is code for “stop talking and get back to listening.”

Remember, this is hard! At this point, I’ll acknowledge that they’re right, apologize, go back to my last summary, and we’ll pick it up from that point. We’ll keep going forward all the way to the end.

You’re probably thinking that this all sounds like an enormous amount of time to spend on one conversation. I assure you that you’ll get better at it over time, but even in the beginning, even when it takes a long time to get through the conversation, when somebody is upset and struggling with something, this is the best kind of caring you can give them. You can’t have intimacy with someone at a relational level without good listening. Many people don’t listen well, but you can!

You can learn this skill.

I put people around me in my life who can coach me along the way because really good, empathic listening is how strong relationships are built. It’s how healthy and strong organizations are built. And it’s how strong families are built.

So even though there’s a lot of dysfunction out there, you don’t have to be part of it. When you become a good listener, other people around you learn how to listen well, too. This is real life. When we treat other people this way, we show them that they are valued, that they are seen, and that they are loved.

“My dear brothers and sisters, take note of this:  Everyone should be quick to listen and slow to speak.” (James 1:19)

Practice this. Learn to get good at it. Empathic listening is a major life skill that will transform your future and the future of the people around you. 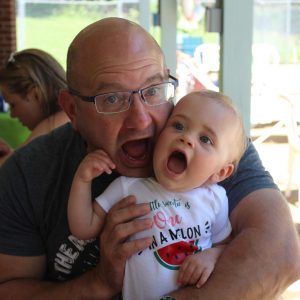 A lover of the written word, Brian C. Hughes is also PCC’s Senior Pastor and an exceptional communicator. These days, his greatest joys come from bumping “noggins” with granddaughter Kensley, moonlit walks with wife, Susan (well, maybe just walks…any time with her is a gift), and seeing people come to know Jesus. 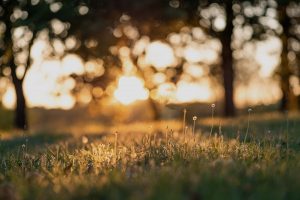 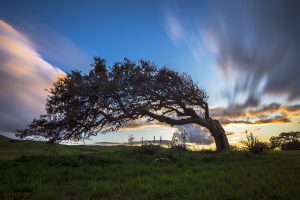