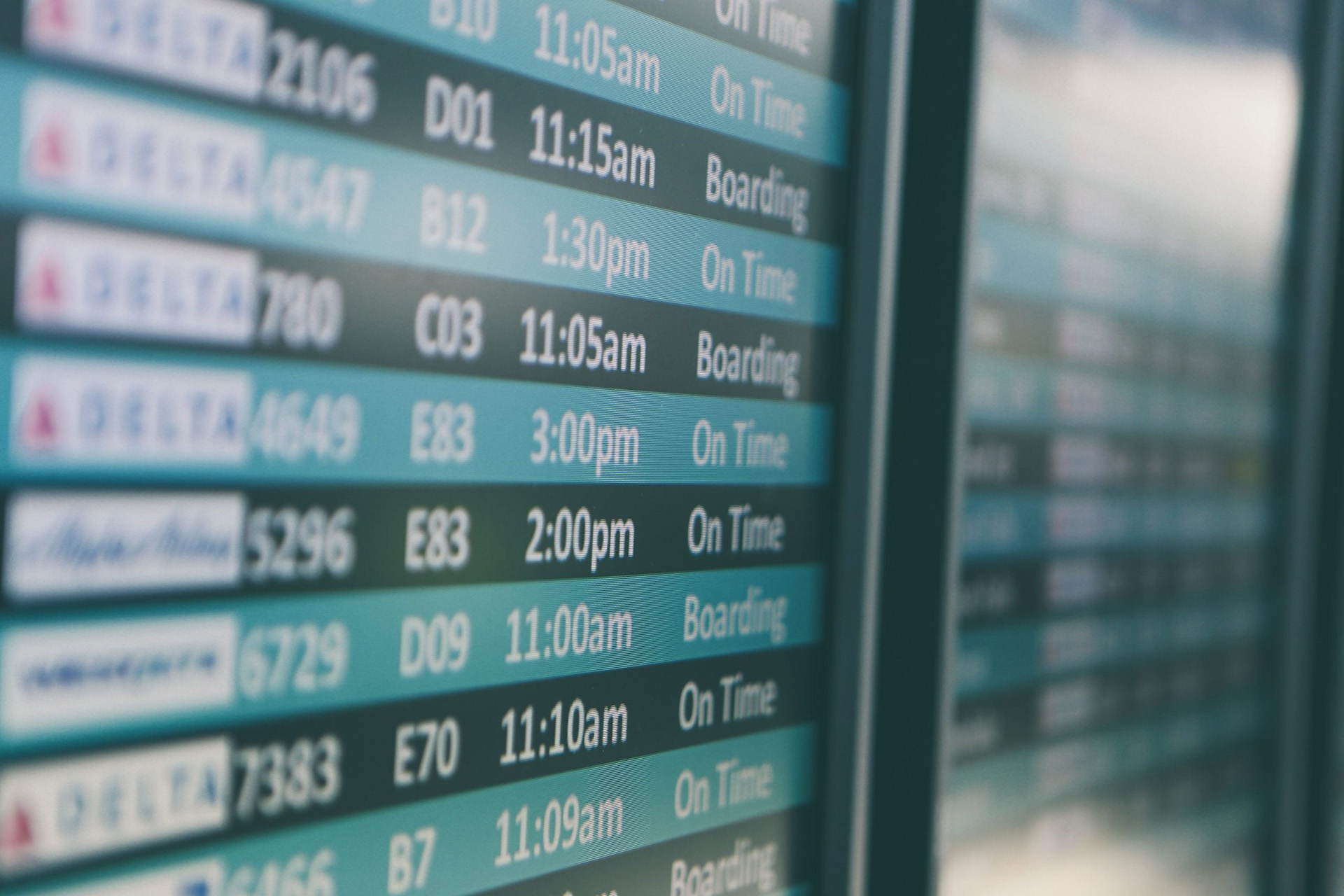 Not many other words in the English language can make your heart sink faster,
your heart rate increase, and your anxiety triple.

I recently experienced all of the above when we boarded our plane in Chicago,
only to be told that there was a generator error as we were taxiing out and we had
to return to the gate.

We were kindly invited to deplane, and informed that the fix would be a minimum
of four hours – and that they would try to find a new plane. With Chicago being a
hub for this particular airline, surely they would have another plane we could use,
right?

While we waited for and received update after update, each seemingly more
dreadful than the previous, groups of passengers started talking, becoming friends
and allies with a common condition: Stranded. Finally, we got the update we
dreaded.

“We’re sorry for the interruption in your travel plans, your hotel is on us tonight.”

While a hotel room is a seemingly nice gesture, it doesn’t get you home, or to
events, or to the people you’ve been longing to see since you left home.
And if we’re being honest, the hotel selection?

Some people choose to stay awake all night in the terminal rather than risk
stepping foot into a room that may not have been cleaned since before the Spanish
Flu pandemic, let alone COVID! However, that’s a story for a different time.
Or maybe now is as good a time as any, because that’s exactly what I did.

Thanks to timing and their hotel selection, I decided to just stay put. I bought
overpriced snacks to make it through the campout and planted myself near the
gate. I found a seat near a window, with two electrical sockets and two USB plugs
in the seat. Perfect! Let the binge watching begin!

When my fatigue brain started to kick in, I started walking. Normally, I wouldn’t
be roaming around an airport at 2AM – but I discovered that there was a lot going
on behind the scenes.

People changing trash liners and prepping for the day to come.

People working when you can’t see it to make this critical piece of infrastructure
work.

After my walk, I ended up right back in the same seat I was before – not
necessarily a smart choice on my part, because in all honesty, it was not
comfortable. There was a lump that went straight across the middle and if you went
too far back, you grew by two inches, and if you slid forward to avoid it, it would
catapult you into the germ abyss known as the airport floor.

Yet, there I sat. As the 3AM hour approached, I saw cranes, trucks, and carts all
throughout the sea of asphalt between the two terminals. Lights flashed; gates went
up and down. It began to rain, but people continued working. And I began thinking
deep thoughts.

People say God always has a plan, but what in the world
would He want out of me in an airport overnight?

Then, like a jolt of the caffeine I hoped to ingest in a few hours, it hit me. There
was something I needed to remember – something I already knew.
Ironically enough, I was listening to Maverick City Music’s album and the song
“Wait On You” was in my ear.

Ironic, because I am not a patient person. Waiting is not my forte.

Ironic, because I am in a season of my life where I am trying my best to answer
God’s calling of what He wants me to do next, and I have to keep reminding
myself it’s on His time.

And the ultimate irony: Stuck in an airport.
And if you find yourself thinking, “Okay, Rick, we get it. You’re stuck in the
airport, listening to music, not sleeping on your lumpy chair. Get to the point.”
Sound familiar? We do it to ourselves, we do it to each other, and, strangely
enough, we do it to God.

“Ok God, I have this against me and this for me
and this coming up – but what is Your plan?

Get to the point already.”

I’m used to seeing airports with a lot of hustle and bustle; planes moving between
gates, people running to avoid missing their flight, screaming kids, overpriced
meals hurriedly choked down in a crowded food court, noisy intercom
announcements. But at 3AM, it was different. This hustle and bustle was to
maintain and improve the airport in the dark of night, so that when people arrive in
the morning, they don’t have to deal with the mess and the vehicles; work that goes
into improving, maintaining, and running an airport.

See, normally in an airport, you don’t see this work going on, yet it does. Behind
the scenes in the solemn quietness of night, they are working. Just because you
don’t see it or feel the immediate effects of it does not mean it’s not happening.

I chuckled as that thought went through my head watching these airport workers.

I think we often picture God as some genie or magician; an entity that just makes
things happen suddenly. We don’t think about the work He puts into His plans for
us. We don’t consider the “behind the scenes” things that happen because we don’t
see it. We don’t see the steps it takes to get from A to B, we just want to get to B.

God never stops working, even when we don’t see it or feel it. He is always
working for our good, and we will have to be patiently impatient while waiting to
see what He has in store.

As I sat in the airport in the middle of the night, I came to see that it was no
accident. It was God reminding me to be still, trust Him, and be patient.
I don’t get to see everything God does in connection with whatever plans He has
for me in this season of my life.

However, I can believe that everything God does, in the actions and the waiting, is
intentional. I just need to show up and catch my flight when He tells me to.
Just like all those men and women working tirelessly in the dead of night to
execute plans, improve systems, and make the airport a better place, God is doing
the same thing.

And sometimes, when we least expect it, God gives us a reminder that we are in
His hands, and to have faith, hang on, and be prepared, because whatever it is He is
working towards is going to be worth the wait – no matter how impatient or
inconvenienced we may feel.

I always love “unplanned’ time with God, but this boy was happy to make it home
and take a long nap. But, I’m grateful for the song that ran through my head in the
middle of the night, reminding me of God’s faithfulness.

I know You ordered every step
Yeah, You are the Author
And there’s no predicting what is next

But You hold the future
And all the questions they come second
To the one I know is true, yeah
Oh, you’ve always been true
So I’m gonna wait on You
-Maverick City Music “Wait On You”

Watch “Wait On You” here. 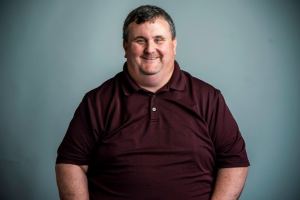 Rick is a music loving, dad joke telling father of two with an amazing wife, Erin.  Between being a Worship Leader and a Campus Pastor Intern here at PCC, he is trying to follow where Christ is leading him, all while maintaining his career in HR, coaching his son in baseball, and watching his daughter cheer every fall. 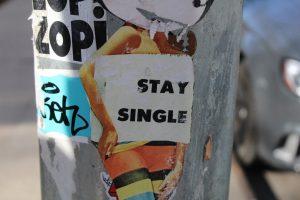 Single and Not So Ready to Mingle 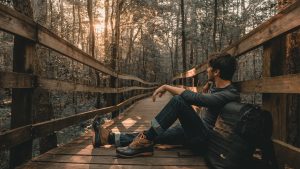 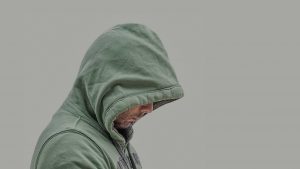